Sure he was far behind, Mont Chumbley pushed his Waco Cabin C through the night sky. Fresh from the Navy, the young aviator found himself wondering why in the world he’d agreed to enter this “Darkness Derby” competition in the first place.

Called “Chum” by his friends at Roosevelt Field, the pilot had begun a civilian career out of a Western Aircraft Company (Waco) hangar near Mineola, Long Island. Transporting press photographers and reporters to breaking news locations, plus teaching flight to the rich and famous, including Jaqueline Cochrane and Kathryn Hepburn, he found his niche. A 1933 flight to a horse track in Maryland set Chum’s course for the night race he now anxiously questioned.

Richard Ross, a financier who held a seat on the New York Stock Exchange, was the horse fancier who hired Chum. Ross needed a quick hop to Harve De Grace Track outside Baltimore, Maryland for a horse he had going on the afternoon card. Extremely impressed by the young pilot’s skill, (Chum landed his Waco in the track’s infield) Ross soon offered to pay for modifications to Chum’s Waco if the flyer would agree to enter the transcontinental Darkness Derby. Considering $1,500 in prize money that could really help him out, the young aviator agreed to enter.

Seeded second in a slate of seven planes, positions rated by horsepower and speed, Chum lifted into the growing dusk on October 1, 1933. Guided by a compass and tracking a full moon, the determined young pilot found conditions perfect, the clear night air permitting his Waco a smooth passage.

Before takeoff, Chum studied his competitors, becoming familiar with the pilots and aircraft he had to beat. Merle Nelson of Los Angeles flew a Stinson Cabin powered by a 200 hp Lycoming engine, and looked tough. Frank Bowman of El Paso, Texas in his 90 hp Lycoming engine Monocoupe appeared to be a contender as well. His own Waco Cabin purred with a 210 hp Continental engine, and Chum knew he could open it up to over 130 miles an hour, if necessary.

The moon as his guide, the Mojave Desert illuminated below, the little Waco pushed onward. Setting the aircraft down in Albuquerque, the pilot dutifully checked in with the ground judges, and then hurried to re-fuel. Making small talk with the teenager servicing his plane, Chum was told someone else had already landed and gone. Panic stricken, he cut the conversation short, and returned to the air as fast as he could. It was now that he pushed that plane full bore, resolved to catch up and beat any opponent.

At 9:37am, Mont Chumbley taxied onto the ground in Wichita, completing the first leg of the race in 12 hours and 17 minutes. There had been no other plane, at least not in this race. The kid in Albuquerque had been wrong. Four hours later Nelson arrived, and three other planes still in contention lagged far behind. Following a bit of rest at the field, then carefully inspecting the soundness of his equipment, the derby leader once again rolled down the runway, lifting off into the eastern sky.

Following another quick stop in Indianapolis to check in and fuel his Waco, the pilot learned he still held on to the lead. Satisfied, he returned to the darkness, fairly certain of a pending victory. However, that assurance evaporated when layers of cloud-cover compounded with darkness convinced the pilot that he had become utterly lost. Pushing on, buffeted about by worsening conditions, Chum began to worry he was squandering valuable time. Wracking his brains for deliverance, his aviator eyes suddenly spotted a break in the thick swirling mist. Not hesitating a moment, the Waco slipped through the hole that fortune had sent his way.

Underneath, clearly defined in the infinite blackness beamed a tiny, dim light. One. Chum decided to take his chances and try to figure out where he was. The landing didn’t go well. In swells of bumps, the Virginia farm boy realized his wheels were pounding on furrows of newly cleared fields. Drawing closer to that isolated light, Chum made out the side of a house, with an extended porch. Someone had to be inside.

He rapped on the weathered door, and waited. Sounds of scraping and thumping grew louder until the door opened revealing an equally weathered farmer, and his disheveled wife holding a candle. Chum smiled through the entryway, and in a friendly voice explained his dilemma. The farmer stared a moment, measuring the stranger’s sincerity, then decided to let him in.

As the wife poked the coals in the wood stove, and reached for the coffee pot, the farmer spread out maps on the table. Chum soon learned he had landed in western Pennsylvania, and wasn’t too far off course. Profoundly relieved, the young man stuffed cake in his mouth, downed a cup of coffee, and in a rush of heart-felt thanks again bumped over the dark fields back into the sky.

The darkness soon transformed to early morning, and Chum wondered again where his fellow competitors were located. He knew he hadn’t lost too much time with his unexpected stop, but still fretted, uncertain about the status of the other flyers. Worried about the constant cloud cover that didn’t want to clear, he decided, as a last resort, he’d head out over the Atlantic, look for another break, and duck through. But once again luck smiled, and in the perfect light of morning, a providential clearing appeared and Chum took advantage.

On October 4, 1933 Montgomery Chumbley landed on Roosevelt Field #2, seeming the winner of the 2006 miles long Darkness Derby. However, judges and spectators rushed the plane, arms waving, and clipboards flashing to warn him he’d landed on the wrong strip! Shutting down his plane would have meant disqualification. Without a pause, Chum quickly taxied to Field #1, then turned off his engine, and in 24 hours, 12 minutes (two added for the last minute taxi) won the transcontinental air race.

The competition had been set as a preliminary event leading to Roosevelt Field’s National Air Pageant. The widely lauded landing launched the festivities planned for the rest of the week, including an exhibition by German stunt pilot, Ernst Udet. Mrs. Eleanor Roosevelt chaired the pageant, with proceeds earmarked for her charities, and Warner Brothers shared by premiering their newest film “Night Flight,” starring Helen Hayes and Clark Gable. On the evening of October 5, in a theater filled with flyers, Miss Hayes presented Chum with a trophy and his winnings, before screening the film. (Merle Nelson received $750 for second place, and Bowman $500 for coming in third.)

As for Chum in the days and weeks after the race? He became a minor New York celebrity, with aspiring students and eager press lining up for his flying services. In 1934 Waco hired him sending him to Rio de Janeiro to sell equipment to the Brazilian, and Argentine air ministries. By the time the Night Flight winner returned to the States in 1936, Mont Chumbley was the most prolific overseas salesman Waco employed. 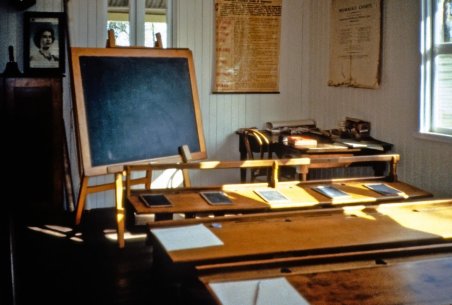 Below is a letter that I recently sent to the Idaho Senate. The upper house of the legislature was considering a bill to provide vouchers for private education. My thoughts centered on the role public schools play in ensuring an American identity.

My name is Gail Chumbley, and I am a retired teacher now living in Garden Valley. Those of us who spent our careers working with children know we always remain teachers, and why I write to you this morning.

Public schools were established in early America as a place where children learned the tools of literacy; reading, writing, and computing numbers. The thinking behind these first American schools was to prepare contributing members of society, insurance for the continuity of the community.  Enlightened self-interest guided public instruction, confident that the future rested in good, capable hands.

During the 19th and 20th Centuries schools spread across the growing nation to continue investing in the future, and curriculums added more courses that created citizenship. History provided a sense of belonging and common cause, while Civics added the structure of the political system, explaining the “how” of active participation. Students pledged the flag, sang patriotic songs, and shared in the remarkable story of our shared experiment in self-government.

Today this common foundation of America is crumbling. With so many choices for education, a crazy quilt of competing curriculums, home schooling, online classes, magnet schools, alternative schools, and private schools increasingly fray the fibers of our shared American experience. And this morning you have the option to approve another blow to all of us , vouchers for private schools.

HB590 has threatened not only legal problems, but ethical issues which concern not only our State but our Nation’s unity. Public schools have historically provided a vital link for students; our children find more that bind them together, than tear them apart. The growing exclusivity of “choice,” has had a dire outcome socially and economically.

As educators of America’s past have recognized, our kids deserve to learn what holds them together as a people, and in that understanding ensure Idaho’s and America’s future are left in steady hands. 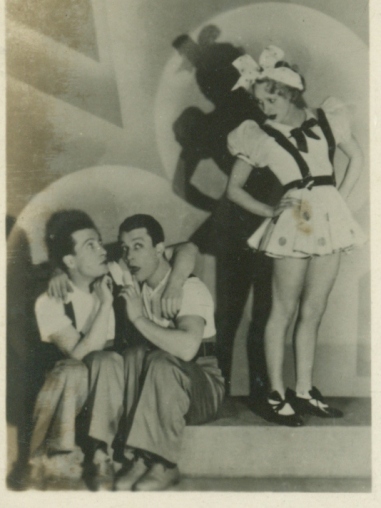 Dear Mother,
I hope that you aren’t too cross with me. We won’t be
gone long, and I will be home very soon. The three of us are
back in the lineup. Jans and Whalen play toreadors in the
opening number, and I am in a black and white feather
costume complete with white boots. The outfits are very snazzy.
We sing the show’s theme song, “Come Round London with
Me,” then “God Save the King.” We had to rehearse them
both, and the audience stands up and sings along when “God
Save the King” begins. Can you believe it?
Jans and I finally are doing our own skit. I wear my tap
shoes, a short flared skirt with suspenders and a huge pink bow
in my hair. On cue I timidly step to center stage (everyone can
hear each tap). Under the spotlight Jans, says “Did you come
out to sing a song for the nice people?”
I point to my throat and croak out “l-a- r-y- n-g- i-t- i-s.”
Jans answers, “Oh, that’s a shame we all were looking
forward to your number.”
I lean over and whisper into Jans’ ear. Jans then says
loudly “You want to whisper the words to me, and I sing the
song? Yes, yes, a grand idea! I would love to!” He announces
“This song is called “Where on Earth could all the Fairies
Be?”
I whisper in his ear, he sings a line, next whisper, he sings,
and then Jans finishes, arms opened wide belting the out the
refrain, “Where on Earth could all the Fairies Be?”
A spotlight quickly hits Jimmy Naughton, (he’s a Brit)
planted up in the balcony who calls out in an effeminate voice,

“Oh, my, where aren’t they?” The lights cut to black and the
crowd roars with laughter. Cute, huh?

Available at http://www.river-of-january.com and on Amazon.com

While researching my first book, River of January, I discovered that Helen, a professionally trained dancer, and central figure in the memoir, performed with a professional troupe in the opera, Faust. The 1932 engagement, in Erba, Italy had been booked back in New York through the William Morris Agency before the girls set sail.

What hung me up was Satan needing backup dancers, and I wrote the episode in that spirit. Grand jetes’ and Beelzebub made strange stage partners.

Then, out of nowhere, I heard the opera played on NPR–specifically the ballet piece, composed by Charles Gounod. Listening to the music piqued my interest in finding video footage of the ballet. And I got lucky thanks to YouTube. Below is a clip of the ballet with a central character, Marguerite, Faust’s love, who has taken vows in a convent. And the dancing is beautiful.

Helen (lower left) and her mementos from the performance in Erba, September, 1932