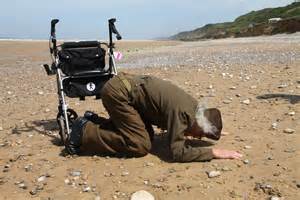 Colonel Clark used to bring his young son down to the dojo where my brothers took judo lessons. Judo had been my grandfather’s idea and he faithfully chauffeured the boys, and I sometimes came along too.

My own distracted attention span only caught snippets of the murmuring discussion. “MacArthur, Wainwright, and Bataan,”  came up in their exchanges And despite my youth, I understood something grave, something momentous lay behind the back and forth of these two men.

My brother filled in the substance of what I reluctantly overheard.

Colonel Clark had been left on the Bataan Peninsula when General Douglas MacArthur evacuated the Philippines in 1942. Under the new command of General Jonathan Wainwright some 22,000 Americans surrendered to Japanese invaders, and among them young Clark. The Japanese summarily ordered this defeated army to march some sixty miles through the jungle. And cruelty became the purpose of the Bataan Death March; heat exhaustion, dehydration, and starvation felled many of these exposed suffering Americans. When a captive stumbled, or fainted, the penalty was an immediate beheading. Young Clark witnessed Hell, and he clearly never separated himself from the ordeal, fused forever into his character.

And that that same ordinary old gent who chatted quietly with my grandfather, had a young son was a miracle. In light of his wartime captivity, Clark should never have survived.

The valiant are everywhere.

For example there was George, the high school janitor.

For many years this little old fellow pushed a mop down the litter-strewn halls where I taught American history. Equipped with two hearing aids, this diminutive man pushed an immense dust mop, wider than he was tall.

As I pontificated about D-Day, Tarawa, and the Bulge to sleepy Juniors, a foot or so of mop often slid and stopped by the classroom door.  Silent, George hid as I blathered on about the Second World War. A short time later I learned this quiet 80-something had once handled a M-1 Garand, shivering aboard one of those heaving and crashing Higgins boats, churning  toward Omaha Beach. George had been in that first wave in June, 1944.

Humbled to learn our little janitor was a living, breathing hero, I became the student. “So George, what do you remember most about that morning?”

The old warrior rasped in a high, faded voice, “It was awful early, and the water was awful cold.”

Another veteran crossed my path by the name of Roy Cortes. His son, our school Resource Officer brought Roy by to visit with my students. Another narrative of a remarkable life unfolded.

As a teenager he got a job with the Civilian Conservation Corps. After Pearl Harbor, Roy headed straight to the recruiting office, and into the US Army.

Roy, too, had ferried over from Southampton the afternoon of that bloody day. “What do you remember most about the invasion, Sir?” a student asked.

The affable elder smiled slightly, then a cloud passed over his expression. “I lost everyone in my outfit. I was real scared. Soon I had orders to regroup with other survivors. You see, that was bad because I’m Mexican-American, and my first platoon got used to me, and stopped calling me Juan or Jose. Now I had to start all over with the badgering.

For days, as we moved inland, with these fellas giving me the business. One fella said, ‘Mexicans can’t shoot.’ I said that I could. So he said, ‘Ok Manuel. Show me you can shoot. See those birds on that tree branch up ahead? Shoot one of those birds.’ I lifted up my rifle and aimed at the branch and pulled the trigger.” At that Roy again begins chuckling.

“I missed the branch, the birds all flew away, and twelve Germans came out of the grove with their hands up.”

Astounded, no one spoke. Then a huge wave of warm laughter filled the classroom. Roy simply smiled and shrugged.

Colonel Clark, George the Janitor, and Roy Cortes. They were just kids who’s lives became defined in ways we civilians can never fathom. They were scared, and hot, and cold, and hungry, and suffering, and ultimately lucky enough to come home.

They married, raised families, and move on with life. 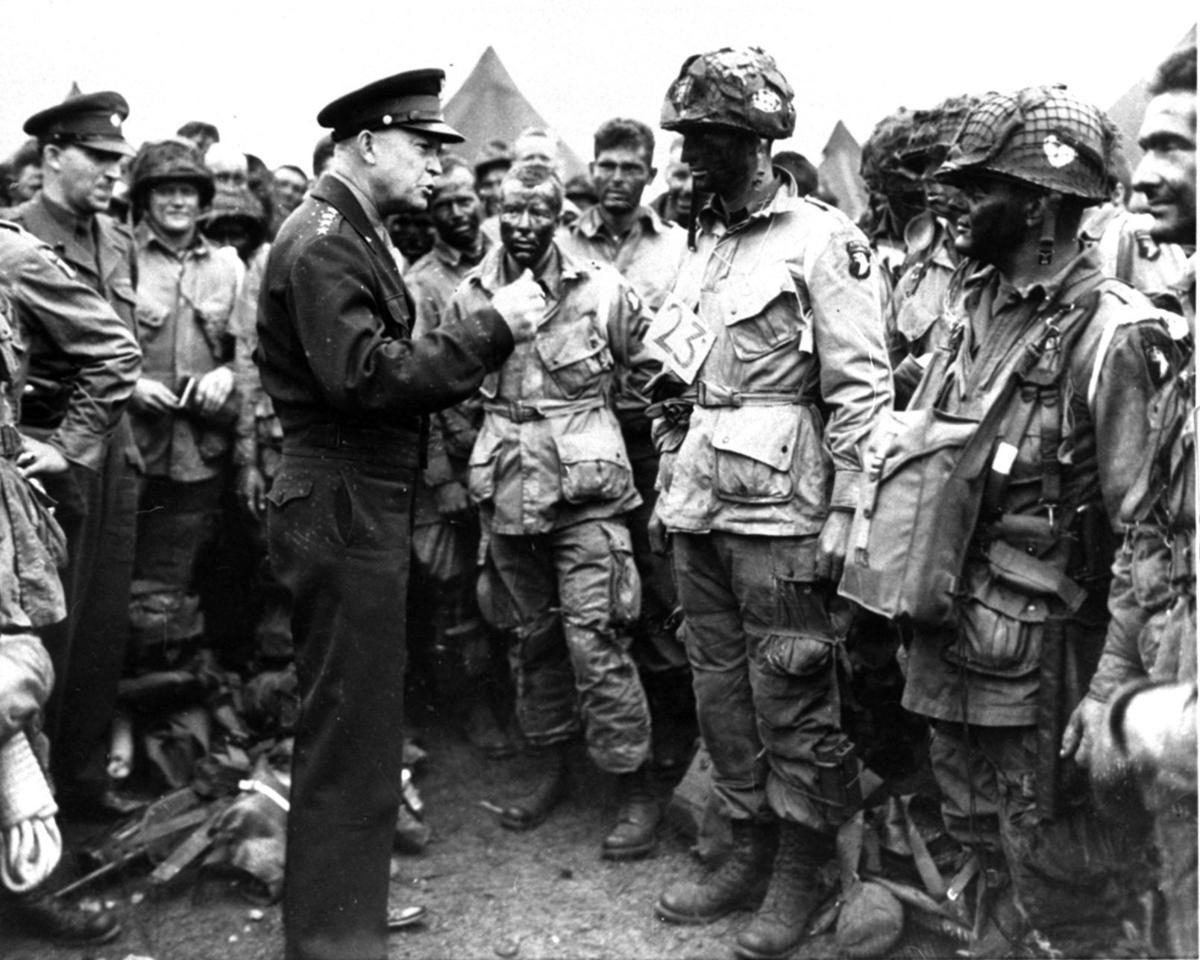 The date was June 5, 1944, and General Dwight D Eisenhower had made the decision to begin the Allied invasion of France the next morning. Christened “Operation Overlord” the massive campaign required disruption inland from the Normandy coast to insure a solid beach-head. The task fell to soldiers of the US 82nd Airborne, the US 101st Airborne,  and members of the 6th British Airborne. The mission was to impair the Wehrmacht’s ability to move their Panzer units toward the five invasion points.

General Eisenhower met informally with soldiers of the 101st, chatting and encouraging, to build morale. He must have felt an enormous responsibility sending these young Americans on such a hazardous and vital mission. While he mingled with the men, Ike suddenly wondered, “Is anybody here from Kansas?” A voice replied from the crowd, “I’m from Kansas, sir.” Ike looked the boy in the eye and responded, “Go get ‘um, Kansas.”

That story always leaves me teary. I don’t cry in movies, poetry doesn’t move me, and books have to be awfully emotional to elicit a sob out of me. But that moment of raw, honest regard, with so much at stake, hits me in the heart.

Washington at Trenton, Grant at the Wilderness, Doughboys in the Argonne, GI’s at the Bulge, Marines at Hue: the devotion to duty chokes me up. Every time.

But today Americans seem somehow lessened, cheapened. There are no Eisenhowers, or Washingtons, or Lincoln’s to describe what we represent. The institutions that inspired countless young people to lay down their lives are now attacked by an ersatz strongman from within. How could this happen? How can citizens of good conscience condone this very real threat? Where is our collective honest regard for our past, present , and future?

Makes me want to cry.