This is an excerpt from “River of January: Figure Eight.”

After waiting nineteen months for his transfer west, the actual trip raced by almost too rapidly. One morning he boarded a train in New York City, the next he soared over the Ko’olau Mountains of Oahu. This war waited for no one, and Chum’s new duties began at once.

Lesser damage from the 1941 assault on Pearl Harbor had been cleared away. The runways, taxiing strips, airfields, and hangars bore little evidence of the strafing and bombing that had rained down a year and a half earlier. Not gone from view, however, was the lifeless hulk of the once proud battleship USS Arizona. Broken in the harbor, she had been cut dead in her moorings. Nearby, her sister, the USS Oklahoma, listed unnaturally on her side—both vessels now sacrificed ruins lying prostrate on Battleship Row. The twin wreckage supplied all the reminders Chum needed of why he had come to the Pacific.

Billeted in junior officer housing at Makalapa, the pilot began each morning commuting past the somber remains in the harbor to attend briefings and equipment familiarization. Assigned to Air Transport Squadron Ten, Chum straightaway began logging air time aboard another giant seaplane—the Martin PBM-3 Mariner. Designed for heavy cargo and armaments, this aircraft was enforced with a deep hull. The lieutenant spent his flight time practicing raising the titan from the sea and maneuvering under the weight of heavy payloads.

Opening his orders on July fifth, the lieutenant—along with his newly attached co-pilot, Lieutenant Richard Forman, and seven crewmen—departed from the waters of Pearl Harbor for Johnston Island, 750 nautical miles deeper into the Pacific. On board, the Mariner carried a hefty cargo of medical supplies, military dispatch files, and bags of civilian mail. Lieutenant Chumbley covered his maiden flight in five hours and forty minutes—enough hours, under wartime conditions, to render him a seasoned veteran. 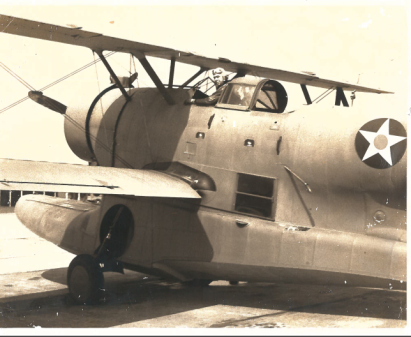