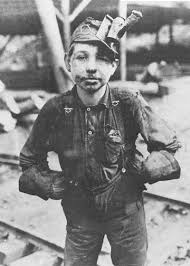 The runaway stole from the house while the father slept. He had a long walk to the train station, praying the old man wouldn’t bother to track him. Reaching town about daylight, Mont pulled open a peeling wood door, while his eyes scanned the depot. An empty waiting room greeted him, save one boy sitting low on a far bench. Mont stared closer and recognized him as a friend from school.
“Marshall” he gasped, smiling as he approached his friend. The schoolmate startled at the sound of his name, and Mont understood.
“Sorry Marsh, I’m worried about being dragged back too.”
“Hey, Mont. Where you off to?” he asked warily.
“Going to sea, Marsh, going east” was his response.
Marshall replied, “I’m going the other way, headed west, get hired by a coal company in Jenkinjones, West Virginia. I’m gonna make some real money.”
Sitting down next to his pal, Mont suddenly began to rethink his own plans. “West, Marsh?” The lure of the sea tugged hard, but having a friend along, not going it alone felt more comforting. “Jenkinjones, huh? Never heard of the place.” The two boys sat silently, cautiously glancing at the station door each time it opened. “Think they might hire me?” Mont finally asked. His friend smiled in response. And the two boys bought tickets for a west bound train headed toward the distant mountains. Destination: the Pocahontas Fuel Company.
Stepping onto the rail platform Mont and his companion silently and soberly blinked at the foreign landscape. The sky appeared decidedly grey, dead. All the erstwhile green foliage sealed in powdery black. Deep gouging and scarring disrupted the terrain. Marshall hailed a defeated looking passerby asking for directions to the coal company office. Without a word in reply the dilapidated man simply gestured up a hill to a large grey wooden building crisscrossed with weathered wooden stairs.
“Sure they’ll take us on?” Mont, with a sudden case of nerves wondered.
“I, I think so. Back home some older fellas said these companies want kids. We can work in spaces grown men can’t reach,” his high voice trembled as well, exposing his fear.

Mont promptly found that the reports were all too true. Not only were boys’ ideal workers, they proved much easier to bully and underpay. On his first day deep in a tunnel of darkness Mont faced his first test.

Standing on a narrow crevice, a veteran miner worked busting up coke with his pick ax. “Webster, hey, over here!” hollered the foreman from the inky dark. As the miner twisted around, the butt of the handle struck Mont hard behind his left temple. The boy’s head exploded in pain as Webster raged profanities in his throbbing ear. Kneeling in the dark, huffing sooty air the boy questioned why he had come to this place. His ear bled for days after.

Mont’s body ached, his fingers bled, painfully stiff and blistered–his knuckles grated raw. Black caked around each nostril, his facial pores embedded with coal dust. Digging around his small suitcase late one night, Mont caught his reflection in the bag’s tiny mirror. “Oh!” he gasped at his reflection, “I look like the rest of them!” In the morning, frightened and distraught, the boy hunted down his only friend. “I don’t like this place. Marsh, they look right through us. The company doesn’t care who comes out or vanishes in those shafts.” Tears sprouted suddenly in his friend’s eyes, Marshall’s wordless answer.

The company used every means to undermine demanding, tiresome union labor. The boy couldn’t help but hear men in the tunnels grumble about the strong arm tactics management used. Pocahontas hired informers, framed labor leaders and evaded safety improvements. Another strategy was importing cheap immigrant workers. The desperate from Europe toiled for less and accepted the dangers without complaint.

“Damn scabs” muttered a burly old timer. “Bosses trying to undo us . . . bring in Dagos, Pollock’s and other riff raff getting our jobs.” “They’re dumb, too” groused another grimy worker. “You tell ‘em something and they just stare.” The boy listened, sympathizing with the outrage, despite how much he hated the coal mines.

Mont studied one new miner, an import from Poland as he made his way into the blackness. Only in the country a couple of weeks, the foreigner headed into the tunnel carrying a short steel girder over his shoulder to use as structure support deeper in. Overhead, a raw electric wire was strung the length of the tunnel that powered coal carts carrying coke to the surface. The Virginia teen watched with interest as that girder just kissed the unprotected power line, knocking the hapless victim flat onto his backside. Mont quietly chuckled, he couldn’t stop himself. Then all the humor vanished, all the bigotry evaporated when the immigrant, attempting to regain some dignity, stood and brandishing the steel beam, deliberately attacked the line and instantly electrocuted himself. Miners rushed from all directions and crowded around the dead man, mouth slack and eyes glazed, sightless.

In a moment of clarity Mont understood that there were worse places to live than in Pulaski and made up his mind to go back to Virginia.