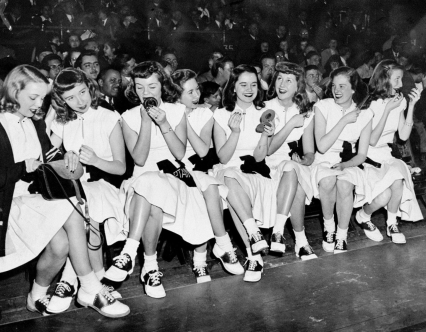 I never imagined a living legend would grace my home.

The weather had finally turned at the cabin; brief, chilly showers shifting into warm sunny intervals–golden debris blowing across the deck. I had given up clearing away leaves and pine needles, settling instead for mopping rainwater off of plastic chairs. In our cabin for less than a year, my husband and I had volunteered our small place to host a fund raiser for two local candidates running for county offices.

Guests began arriving in late afternoon, carting in plates of finger food and bags of chips. Visitors commandeered my little kitchen, quickly producing cheese & meat trays, while toasting garlic bread in the oven. Shuffling knives and serving spoons, I glanced up to an opening door to greet one of the arriving candidates. Her husband followed her bearing a big smile and carrying an old fashioned squeeze box—a melodeon. I sensed a forthcoming singalong.

I vaguely recognized the third visitor passing through the threshold. After introductions were made, the mystery cleared; the lady was legendary folk singer, Rosalie Sorrels. She had driven over with the candidate and her husband, as they were friends from the other side of the county. I had seen Sorrels before in concert, and honestly grew tongue-tied meeting her in person.

The room filled and the evening warmed–mellowed by good wine and friendly camaraderie. Ms Sorrels drifted around the room, chatting here and there, while perusing our limited artwork. She admired, in particular, a panel of over-sized Florida scenes, soon sharing tales of chauffeuring her children through the Sunshine State many years earlier. At one point, she and I shared a moment out on that leaf-strewn deck, agreeing that cutting down a tree, even as a safety measure, was still a shame. But the big conversation that memorable night centered on my footwear, a pair of vintage saddle shoes.

One woman told us that at her California high school everyone called these shoes Oxfords, and were acceptable only in white. Ms. Sorrels happily joined in with a story of her trusty black and white pair. Mine were coffee and cream, the same as I wore when I attended grade school. Odd, but in that moment we all seemed to channel our long ago girlhoods; guarded adult caution melting away in the banter. Animated with a gentle, expressive smile, Rosalie, too, swapped memories, chuckling along with the rest of us.

As dusk fell, and lamp light filled the house, our company began to depart. There were long drives ahead, and people needed to get going. My husband and I waved goodbye, pleased we had opened up our home for the event. And in the following days we shared with anyone who would listen that Rosalie Sorrels visited our cabin. If they didn’t recognize the name, they did after we were through singing her praises.

That was nearly ten years ago.

When it came across the news last week that Sorrels had passed away in Reno, my mind traveled back to that singular Fall evening. I recognized then, and I still believe, that the cosmos handed us a mighty gift in that visit, of a luminary who had once driven to Florida with her kids and, like the rest of us wore saddle shoes.