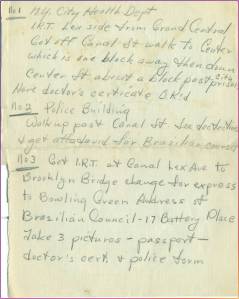 So caught up in the process of writing River of January I didn’t see much beyond my keyboard and monitor. Focusing intensely on grammar, style, punctuation, research, and every other detail, I failed to see a beautiful New York story take shape before my eyes.

A New York story. The New York of Vaudeville, Tin Pan Alley, Jimmy Walker, and silent films. The New York of Roosevelt Field–Lindbergh lifting off eastward toward Paris, achieving legendary status, and where Amelia Earhart later trundled down that same runway only to meet her mysterious end in the South Pacific.

Mont Chumbley, one of two central figures in River worked at that same storied airfield, braking down runway #1, arriving first in the 1933 Darkness Derby. He had braved inky night skies in his quest, worsened by wind gusts and growing cloud cover.  Pushing through from Los Angeles to New York, Chum prevailed, victorious, He received honors for his achievement at the Capitol Theater, 1645 Broadway, when Actress Helen Hayes presented him with his cash winnings, and an over sized silver trophy. Becoming something of a local celebrity himself, many from the city sought him out for passenger transport or flying lessons. On one instruction flight,Chum found actress Katharine Hepburn in the cabin of his plane, joining her boyfriend, Broadway producer, Leland Hayward.

Helen’s New York consisted of auditions and productions from the Boulevard Theater, to the Roxy, performing for Billy Rose, finally dancing in “The Harry Carroll Revue.” As if a scene from an old movie, she set sail in April, 1932 on the SS Ille de France. This transatlantic voyage carried the girl from New York Harbor for an extended tour across Europe. Two years later, in 1936 she stepped up the passage way of The American Legion, a steamer on the Munson Line destined for Rio de Janeiro. Joining throngs on the top deck Helen gleefully waved goodbye to her family, smiling back from the Brooklyn docks. And speaking of family, Helen’s home address, 325 West 45th Street, was the third floor of the Whitby Hotel smack-dab in the middle of the Theater District. And though refreshed and remodeled today, that apartment building still stands–a direct link to an earlier era, an earlier New York.

Helen and Chum both lived in Manhattan at the same time. But he had his New York story to fulfill, and so did his future bride. That they crossed paths on the sidewalks, subways, theaters, restaurants, and trains before exchanging their first hello is certain. But as proper New Yorkers the two finally met elsewhere, at the Club Copacabana in Rio, a hemisphere away. There these two New Yorkers finally locked eyes, and fell in love.

Eventually, when circumstances allowed, Helen and Chum returned home to exchanged vows at the Church of the Transfiguration, on East 29th and 5th Avenue. This location is better known to New Yorkers as The Little Church Around the Corner.

I’ve finally come to recognize that River of January has become more than the narrative of two lives in the early days of aviation and show business. This story takes place in the magical metropolis of New York–where Helen and Chum found magic of their own.