“River of January,” and “River of January:Figure Eight” have garnered some recognition. Find out why today. Click this link www.river-of-january.com, and order your own copies, personally signed by the author. 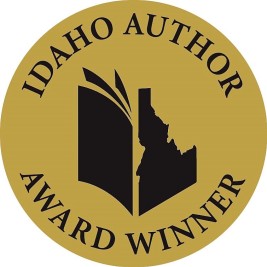 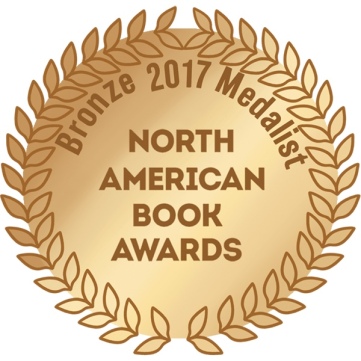 Award winning history instructor, Gail Chumbley is the author of the two-part memoir River of January and Figure Eight.

Had a six-plus hour drive today; Salt Lake City to my mountain cabin in Idaho. Lengthy car-time, for this Indie writer, always results in exploring fresh ideas for book marketing. I don’t say much to my family, but promoting the two-part memoir, “River of January,” and “River of January: Figure Eight,” is never far from my thoughts, and I’m pretty sure this is true of fellow writers.

Finally made it home, chatted with the husband, did a little of this and that, then idly picked up today’s newspaper. Now, I’m not an avid follower of the mystic, but being an Aquarian, (there’s a song about us, you know) I sometimes do indulge. And, as you can see the cosmos told me to do this, so by damn, I am.

Dear reader, if you enjoy a true American story, set in the American Century, get River of January and River of January: Figure Eight. In the pages, you will experience adventure, travel, glamour, and romance. Aviation enthusiasts relive the thrills and peril of early flight, theater fanciers follow an aspiring dancer as she performs across international stages, and takes her chances in Hollywood.

Take it from the author–in peacetime and in war–this two-part memoir is richly entertaining.

Gail Chumbley is an award winning instructor of American history and the author of the two-part memoir, “River of January.” 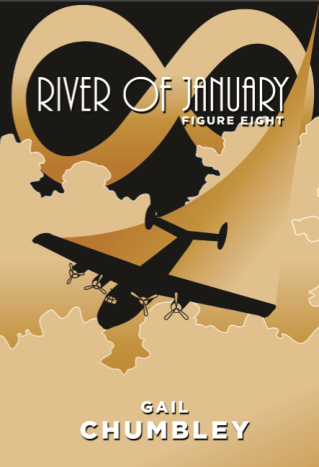 If you’ve enjoyed this adventure, leave a review on Amazon.com. Thanks, Gail.

With apologies to Nathanial Hawthorne, this shirt is my version of the Scarlett Letter.  “Hello, my name is Gail, and I’m an Indie author . . . the process is hard, but very gratifying (even while pulling weeds in the garden).

This weekend I invite you to pick up River of January, and the sequel, River of January: Figure Eight.  If in Boise, check out Rediscovered Books, in Salt Lake, Sam Weller’s in Trolley Square, and Spokane’s Aunties Books. Also available on Amazon.com.

Gail Chumbley is the author of the two-part memoir, River of January.

So I just read a scathing review of my first book, “River of January.” This reader really hated it, and made a real effort to express her distaste. To say she went out of her way to revile the story doesn’t do justice to the term ‘condemnation,’ and continued to blast me as the author.

So how exactly does a writer react to such a scorcher of a reprimand?

I’d like to get upset and obsess over the two measly stars and every berating word in the post. But I can’t seem to throw myself on that grenade. And much as I’d like to feel mortified and humiliated, I don’t. All that reacting is just too much work–takes too much energy. Besides, if the aim of a book is to elicit an emotional response, then, I suppose, my book has found a kind of success.

Three years ago this review would have destroyed me, almost as if someone had pointed out that my beautiful new baby is actually ugly, and that I’m a blind fool. But as a writer I’ve let go of that kind of perfectionism, and any illusion that I fart roses.

This true story is what it is, and I happen to think it’s damn good, and count myself lucky that it came into my life.

I turn on my laptop and compose this blog. Writing is what I do. And some will connect to my  voice and identify with this quandary. Others have already clicked cancel.

I suppose that’s why cars come in different colors.

Comic skater, Austrian Freddie Trenkler, a cast member in the Sonja Henie Ice Shows, drew countless laughs, and more than a few gasps with his slapstick and death-defying style. This young man, only 27 years old, his identity concealed behind grease paint and rags, ironically shared much in common with his vagabond alter ego.

It was early in the Second World War, and the German war machine blazed across Europe; blitzkrieg overwhelming the Low Countries and France. Freddie’s homeland had fallen much earlier–Nazi occupation of Austria bloodlessly completed in 1938 (think “Sound of Music”). It appears that the Jewish Trenkler had escaped to America, tragically leaving his family to suffer a calamitous fate.

The investigation of papers, pictures, letters, and other mementoes I used in writing River of January, and River of January: Figure Eight, revealed that many of the talented skaters who performed in the Henie productions arrived in America desperate war refugees, who had escaped certain death at the hands of the Nazi’s.

Enjoy this clip of Henie, Trenkler, and the company of ice skaters, (one of whom is Helen Thompson, a subject in both books). However, keep in mind the desperation and harrowing narrative that Trenkler and many others carried to the ice.

Long rows of rectangular tables, draped and decorated, filled the hall. Cellophane covered baskets, revealing festive gifts sat inches apart, attracting hopeful bids from the browsers wandering about the silent auction. Attendees seemed to understand the drill, strolling from basket to basket, pen in hand, increasing the previous bid. And the purpose behind this auction? The IEA Children’s Fund; a statewide account to help Idaho kids with food, clothing, supplies, shoes, and any other need disadvantaged students face.

I squeezed in between colorful, refugee-sewn bags and wallets, and a boxed WiFi yoga program, complete with a mat and ready-to-use internet software. My books sat displayed below eye level, requiring some adjustments to attract possible buyers.

Both “River of January,” and “River of January: Figure Eight” are rich with archival images. However, space limitations left the usual eye catchers tucked in a satchel, under my chair. Though dismayed at first, I remembered that the books have photo galleries inside, and my tactic instantly shifted. “Are you a reader?” I begin. And what’s cool about teachers is that 99.9% told me ‘yes.’ (Of course they are, we teachers are the champions of literacy.) Then I whipped out the photos in book one.

I begin . . . “River of January is a true story, a memoir, that I have written in a novelized style. Here is my main charter, a pilot, who won an air race in 1933. Here he is receiving the winning trophy from actress Helen Hayes at the premier of her newest movie, Night Flight co-starring Clark Gable.” (The listener looks mildly interested. I go on.)

The girl in the middle, laughing, was his girlfriend, she was a pilot too. On the left is Amelia Earhart, the president of the female flying group called The 99’s.”  (I hear an audible WOW. We’re getting somewhere.) 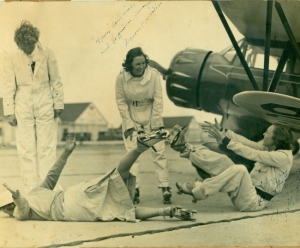 “And this girl is the other main character, and she was a show girl, dancer, and actress. The picture is a clip from a 1931 movie she appeared in called Women of All Nations. Not much of a film, but she had a closeup. Oh, that’s Bela Lugosi in the turban.” (Now I hear a ‘that’s amazing.’)

“Yeah,” I agree. “And it’s only the first book. In book two, he ships out to the Pacific, and she becomes a professional ice skater in a Sonja Henie Ice Show.” 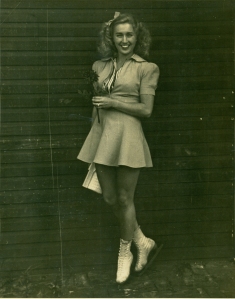 (I reach for the second book, “Figure Eight.”). Here he is with the head of Eastern Airlines, Captain Eddie Rickenbacker. You know, the WWI flying ace?” Now they want to know the price, and would I take a debit card?

“Would you like me to sign the books?” They would. And I thank the purchaser, and ask for feedback on Amazon.

What is nice is that all teachers share an innate sense of wonder. My natural fascination with the story easily connected to like-minded listeners among the professional educators circling that hall.

And that’s my pitch. I let the two main characters sell the memoir because they were nothing short of amazing.

Plus I , too, happily made a donation for each book sold to the IEA Children’s Fund.