The September 11th attacks in 2001 got our school year off to a strange start. There was, of course, the horror, and a lot of unplanned discussion about the Middle East. The course I taught covered Early American History through Reconstruction, and I couldn’t afford to take a lot of time to debrief. Nonetheless, the events of that day provided useful lessons that surfaced later in the year.

By the following Spring the curriculum arrived to the series of calamities that led to the Civil War. The last compromises crumbled, and blood had spilled at Harpers Ferry. The story then turned to John Brown, God’s Avenging Angel, determined to slay slavery.

Brown is a complicated figure, believing he had been chosen by the Great Jehovah, to draw the sword of mighty justice.

And a debatable issue offered itself.

The link to Brown and 911 suspect, a French-Moroccan terrorist, Zacarias Moussaoui, centered on jail time. Moussaoui’s trial was underway and came up in class discussion.

John Brown had been captured in Harpers Ferry, after a standoff with Marines under the command of Colonel Robert E Lee. Intending to spark a slave insurrection, Brown and his raiders, including his sons had occupied the Federal arsenal in that river town. But once the military arrived the old man subsequently surrendered.

As Brown awaited trial in Charles Town Virginia, the Governor, Henry Wise permitted reporters from Northern papers to interview Old Brown. To the press, Brown passionately defended his cause, insisting it was the work of righteousness. Newspaper readers throughout the North responded with support and compassion, gathering disciples for the cause of freedom.

However, in the South, the old man’s name was reviled. Viewed as a criminal below the Mason-Dixon, Brown was vilified as evil incarnate, hell bent on inciting slaves to murder their masters. Military training increased across the South, in preparation to defend their “peculiar institution.”

John Brown’s raid is often seen as one of the final straws, aside from Lincoln’s election the next year, leading to secession and a force of arms.

Prior to of horror of 911, Zacarias Moussaoui was detained in Minnesota. His immigration status apparently had irregularities, and his flight school enrollment tripped some security wires. At his trial, Moussaoui put on a noisy show, acting as his own attorney, and pitching frequent temper tantrums in the courtroom for all to see, including journalists. Initially the accused insisted he was innocent, then later confessed. Quite the circus.

During and following the conviction of the terrorist, Moussaoui demanded the judge permit him access to the press. The French terrorist had his side of the story, and he wanted to air his grievances on a national and international platform.

The judge said no. And Moussaoui today is a lifer, quietly incarcerated at Super Max in Florence, Colorado, and barely a footnote in history.

The significance of this complicated, and controversial comparison? Surely the Civil War would have transpired regardless of Brown; slavery was inconsistent in a nation that professed liberty.

But that fifteen minutes of notoriety can produce real dangerous blowback.

In light of the events on January 6th, thank the Lord DJT is grounded from social media. 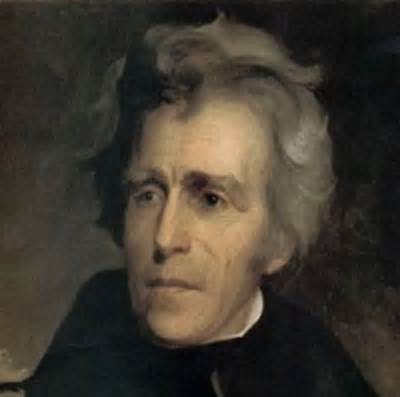 President Andrew Jackson has stopped spinning in his grave. Finally. He hated paper money with all the fiber in his being, and now thankfully for him, no longer tacitly endorses its use. Jackson was a sound money man and believed gold the only genuine medium of exchange . . . weigh-able, bite-able gold; good ole “cash on the barrel-head.” In fact, the President believed so passionately in the principle of gold bullion that he banned any use of paper money for any transaction whatsoever. This same policy, in the end, torpedoed the US economy and triggered the Panic of 1837.

That financial disaster held on for over five chilly years.

But the day has arrived, America has finally heard Jackson’s cries of anguish from the great beyond, and removed his likeness from that raggedy heresy of ersatz value. Still, one has to wonder. What would General Jackson make of runaway slave, Harriet Tubman taking his place on legal tender?

Ms. Tubman, as a woman, and as a slave, lived invisibly in Jackson’s world. The only notice a planter like Jackson would have made was Tubman’s incorrigible practice of stealing another master’s property. For a man of deep passions, of violent loves and hates, her offense would have pissed this president off, and sent him into a dangerous rage. In his world of master and slave, her offenses allowed no mercy, no reprieve.

As for Tubman? She understood a truth that Jackson could never, ever have comprehended—that justice was a force that bore no designation to color, gender, or appraised value. A mighty truth reigned far above the limited aspirations of General Andrew Jackson, killer of banks, Natives, and the hopes of the hundreds he held in bondage.

Tubman’s idea of honorable behavior had nothing to do with white men firing pistols on dueling grounds, and that white social conventions which condemned her to servitude were wholesome and noble. The human condition, as Tubman understood the meaning, held a deeper significance, an importance that required a profounder appreciation. The world of plantations, race hatred, whip wielding overseers, and economic injustice held no real sway, and certainly possessed no honor.

Jackson’s opinions truly hued in only black and white, and that outlook wasn’t limited to skin color. Abstract ideas like ‘humanity’ didn’t resonate in his mind, too ethereal for a man who loved gold coins. Banks were bad, women were ornaments, Indians were fair game, and blacks were slaves. That simple. Of course at the same time, this limited world view gave a figure with Tubman’s vision the edge. If a man of Jackson’s time and station caught a glimpse inside the real thoughts of his “family” members living over in the slave quarters, his mind would have been blown.

So it is with some satisfaction that Harriet Tubman replaces Andrew Jackson on the twenty-dollar bill. But not only because she’s a woman, nor only because she’s black. The star she followed may have literally sparkled in the northern sky, but every footstep she trod signified progress on the road to realizing the immeasurable value in us all.

Gail Chumbley is the author of the memoir River of January